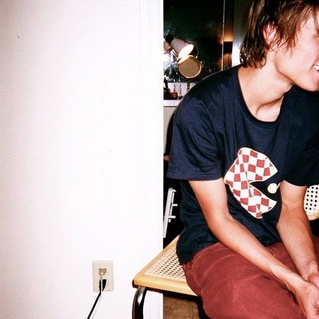 Want something to be thoroughly addicted to? Meet: Jackson Scott. He’s a “scrappy indie-pop” 4-track recording, guitar jammin’ singer/songwriter hailing from Asheville, North Carolina. He reminds me of a child-like Elliott Smith meets Mac DeMarco meets Atlas Sound – An amazing trifecta of sound all rolled into one. I also get a hint of Daniel Johnston… maybe it’s the basement home recording and creepy kid piano tones.

When looking for info about Jackson Scott, there’s not much to go off of except a simple Tumblr, containing all of one photo, and a SoundCloud page donning three tracks: “Evie,” “That Awful Sound,” and “Sandy.” According to this post and convo Scott had with PORTALS, we at least know he’s a (kind of ) a college student: “I haven’t been going to college since last spring because my parents wanted me to take a year off and work and get in state residence in NC, but I’ve basically been spending my college funds on avoiding getting a job, thinking about music, writing songs and other things…” Either way, he’s also apparently already made it into Pitchfork’s “best new music” section within a flash – Impressive, but it’s easy to hear why: 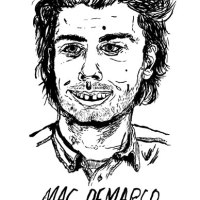