Today, I don’t have any plans to stay up until 4 am, drink cheap booze, eat copious amounts of meat or breakfast tacos and race around Austin, TX to watch 2,000+ bands play on a bridge, some steps, in a bar, church, garage, house, backyard, or in a burger joint… it’s weird. SXSW is officially over.

Although the mayhem of a music festival is utterly exhausting, it’s also rejuvenating in the sense that you fully submerge yourself into the deep end of a music-worshiping pool. At SXSW, you’re surrounded by thousands of bloggers, musicians, music industry folk, podcasters, writers, celebrities, and most importantly, but simply, fans. During these 6 whirlwind days, you’re immersed amongst a concentration of people who all share the same love and appreciation for music as equally as you do. It’s refreshing.

The festival exposes you to so many surreal opportunities, chances, music discoveries, and connections that you’d most likely never experience otherwise – It’s a truly magical experience. With that, here are 8 phenomenal highlights from SXSW 2013:

K-X-P at the Karma Lounge + Bob Boilen (Creator and Host of NPR’s All Songs Considered)
Helsinki’s goth LCD Soundsystem trio, K-X-P was absolutely electrifying and their performance was by far my favorite of the SXSW experience. Donning goth gear in the form of black capes and studded leather dresses, K-X-P pulsed long, intensely dark synth and heavy beats throughout the bar at 1 am. I also spotted Bob Boilen from NPR’s All Songs Considered in the room and introduced myself, as I’m a big fan. Quite extraordinarily, Bob mentioned me in his podcast that night, and coco stereo in his SXSW wrap up – Truly an honor!  You simply never know who may rock out next to at SXSW!

Empress Of at the Hype Hotel
12 pm is early by SXSW standards, but it was Empress Of‘s first appearance on the festival circuit and it was well worth the price of a little lost sleep. Empress Of is not only adorable, but possesses a magnetic voice and purges raw, refreshing talent that made her performance appear seamless. Her voice quavered when introducing herself, but she happily bounced along to new electro-pop gems we were all eager to hear, as she currently only dons three. Humble, yet extremely talented, Empress Of stole the hearts and ears of many.

Empress Of – Don’t Tell Me

M for Montreal /Arbutus Records Showcase at the Swan Dive
I could write a novel’s worth of blog posts purely about this showcase as I never left, and it was 7 hours long! The lineup included Mac DeMarco, Sean Nicholas Savage, Majical Cloudz, Pat Jordache, Blue Hawaii, Doldrums, and Braids. If it wasn’t already obvious that Montreal is kicking serious ass in the music realm, it should be now.

Though Mac DeMarco, everyone’s favorite goofy crooner/rocker isn’t an Arbutus Records artist, he is from Montreal and a dear friend to these musicians. This was the 3rd time I’d seen DeMarco (who was still wearing the same garbs) at SXSW, and not purposefully, he just seemed to be everywhere. However, this was by far his best performance, as he seemed to be in true bizarro form amongst friends. At one point mid-performance, DeMarco scrambled up a wooden beam and began swinging from the ceiling rafters which throughly pissed off venue owners, yet pleased the crowd to no end.

The intriguing, ever-ecclectic and highly talented singer/songwriter Sean Nicholas Savage got on stage with just a keyboard and a microphone. He took his shoes off, swayed his hips, sang his best hits and the audience melted, or maybe that was just me.

Blue Hawaii‘s performance was by for the most surprising and mind-blowing for many. The duo filled the white washed venue with pulsing synth and Raphaelle Standell-Preston’s sweet, melodic, falsetto voice strikingly resembled Grimes. The crowd danced hard, especially Devon of Majical Cloudz who was front and center.

With a drummer and two keyboard/synth backups, Doldrums ferociously played his hypnotic, experimental electro beats (out of a suitcase), belted lyrics while crowd surfing with ease, and placed a dance inducing spell over the entire audience. Never had I seen such a massive conglomerate of pulsating, jumping and gyrating humans at SXSW. Everyone in the audience completely lost themselves in the music and it was incredible to witness/experience. The energy was at an all-time high.

The most endearing aspect of the showcase, however, was witnessing the camaraderie, support and love each of the Arbutus and/or other Canadian artists showed for each other. I also spotted DeMarco obviously, as well as Born Gold and Mozart’s Sister amongst others. The entire venue was filled to the brim with artists who watched, cheered and danced harder than most to their fellow musicians’ music.

Rhye at the Pitchfork Day Party
I had the guilty pleasure of proving multiple people wrong at the Pitchfork Day Party, by exclaiming “Rhye‘s a guy y’all!” when many were smacked with the realization that Rhye is indeed a man. I mean, his name is Mike Milosh and he owns that dreamy, silky, seductive and sultry voice. Rhye explained that he and his band, including a phenomenal violinist and trombone player, had just flew in from Berlin and were on their 40th hour of being awake. Yet, they still played an astonishing set of what Milosh referred to as sexy “night time music” during broad day light.

Girls Names at the Flamingo Cantina
Though their faces were quite complacent, Girls Names rocked long and hard, and not an eye could pry away from their quint essential post-punk Brit rock, (they are from Belfast, after all). There wasn’t anything out of the ordinary, crazy, or gasp-worthy necessary to make this a successful set, Girls Names simply provided steady, hefty, refreshing rock n’ roll.

Ólafur Arnalds at Peckerheads
I was completely unaware of this ambient Icelandic group/producer until my good ol pal, Bob Boilen had suggested the show. The bar, rightfully named Peckerheads, was clamoring with noise from happy drunkards and thumping beats from below, but Ólafur Arnalds urged people to take a seat and enjoy the beauty he was about to embark upon us. Accompanied by an intense violinist and cello player, Ólafur’s soothing, melodic and beautiful instrumental music quieted the crowd and made people exclaim, “wow.”

Ólafur Arnalds – Only the Winds

Giraffage on the Exploded Drawing Party Boat
I somehow managed to start day 1 of SXSW, typically the tamest of all, in the most blissful way. A crowd of people piled onto the Exploded Drawing double-decker party boat and we floated down the river into the sunset, all while sipping on cucumber/kale margaritas and dancing to the seriously sweet beats of 10+ DJs. Giraffage, the moniker of San Francisco-hailing producer, Charlie Yin, had the quickest, and most nimble fingers of them all, and he induced everyone to jump up, and all the ladies to get down.

Parquet Courts, Merchandise & Destruction Unit on Pedestrian Bridge at 3 am
Granted, this was technically a Chaos in Tejas event put on by BrooklynVegan, but racing to watch indie punk rockers Parquet Courts, Merchandise and Destruction Unit rock hard on a bridge at 3 am seemed so utterly SXSW. The bridge was literally rockin’ while the crowd was rollin’ into each other during a frenzy of excited mosh pits that lasted well into early morning.

In the effort to make this wrap up reasonably succinct, out of the 50+ bands I managed to see, other stand out performances included: Baths, DIANA, Autre Ne Veut, Mozart’s Sister, CHVRCHES, Austra, Ryan Hemsworth, and MØ. And while everyone in attendance may be missing SXSW already, it’s never too early to plan for next year. Until next time, adios Tejas!

The anticipation and chaos for this year’s SXSW music fest in Austin, Texas (March 12th-17th) continues to grow at great lengths. The amount of parties, new bands added, RSVPs, lineups and showcases consistently flow in at alarming rates; and it certainly isn’t over yet. The increasing excitement is contagious and overwhelming, especially when you envision just how much amazing music (and people; 60K to be exact) will embark upon the Tejas capital, and all at once.

To contribute to the ever-growing hype, here is a compilation of (40+) absolute must-see acts/bands at this year’s SXSW. Granted, no one’s ever gonna see ’em all (one can only hope!), so these top 6 absolute must-sees are ones you should seriously kick yourself if missed:

p.s. coco stereo will be representin’ in full force at SXSW, March 7th-16th – Let’s get our dance on together!

This is a sure-fire random roundup of new tracks and/or bands. Hence, there will undoubtedly be something incredible for everyone – Lucky!

It’s that time of year again when the music blogosphere begins to compile year-end “Best of” lists. Gorilla vs. Bear recently announced on Facebook they were already knee-deep and asked if it’d be a cop out to do a three-way tie for best album of 2012 (yes, total cop out). So of course, a slew of comments commenced with guesses for those top three albums. The usual suspects like Grimes, Chromatics, Grizzly Bear, Tame Impala and Animal Collective were mentioned, however, someone had also suggested Sam Flax, which I found interesting. Now, I don’t think he’d win best album (can anyone compete with Grimes this year?), but his recently (re)released, psychedelic, punk, pop rock LP, Age Waves (via Burger Records), certainly hasn’t garnered the exposure that it deserves. The LP’s opening track, “Fire Doesn’t Burn Itself,” is a glamorous, intricate, rockin’ track that becomes even more trippy with each second resulting in full-fledged addiction. Sam Flax‘s persona is also slightly David Bowie-esque, which he should totally milk. Stream Age Waves via SoundCloud, Bandcamp or Spotify.

I don’t know how DIANA, new indie-synth-pop band from Toronto managed to fly under the (my) radar. The trio, (including the sax player from Destroyer) has just two tracks, “Perpetual Surrender” and “Born Again” but they’re enough throw you into retro electro bliss and I’m eager to hear more! Keep up with DIANA on Tumblr, Facebook or SoundCloud.

Addictive hooks, sweet beats, shredding guitars and soaring falsetto vocals make UK hailing, Everything Everything quint essential indie-rock stardom material. Apparently, the lead singer/guitarist, Jonathan Higgs and bassist, Jeremy Pritchard also both have college degrees in “Popular Music.” If they continue to produce addictive tracks like “Kemosabe,” a single from the forthcoming LP, Arc, (due January 14, 2013), they’ll pay off those college loans in no time.

Black City Lights is an emerging electro/experimental group consisting of two homies hailing from New Zealand. They dropped an EP, Parallels via Stars & Letters in March, and recently released (Nov. 6th) an EP, (of the EP), called RMXS…. of remixes – Okay, you get it. The GWS remix of “Parallels” is less dark and synthy than the original track, but takes it to another/amazing level. Stream both EPs on SoundCloud.

Cashmere Cat is the creation of a young Norwegian producer intriguing the interest and ears of many with his debut EP, Mirror Maru via Pelican Fly. There isn’t much out there about the Olso beat-making inhabitant, but the bouncy, piano backed track also titled Mirror Maru (is this named after the cat in Japan who loves boxes?) has me yearning for more. Stream Mirror Maru on SoundCloud or Spotify.

So apparently SoKo is still around… who knew? Remember her, “I’ll Kill Her” track everyone obsessed over back in ’08? Well, the French/Polish singer-songwriter has just released an LP, I Thought I was an Alien with smoother indie-rock jams. However, it sounds like Stéphanie Sokolinski may have swapped rage for tears this time around. In her track, “First Love Never Die,” it sounds like the guy she would’ve killed for 4 years ago didn’t work out, though in end, she has a beauty of a track… so take that. 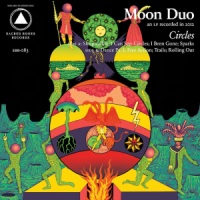