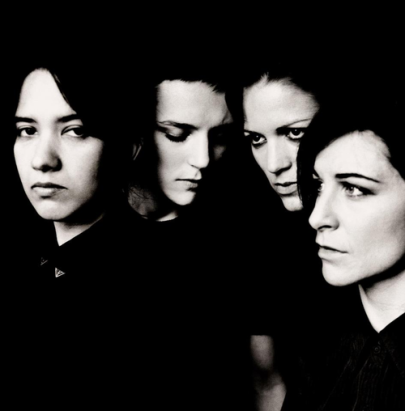 Leading ladies have been dominating my music feed as of late, which I have to say has been highly refreshing. It was also an undeniable consensus that female fatales were reining and ruling the stage at SXSW, stealing the ears and hearts of many. This trend still seems to be pleasantly going strong. So with that, I present to you a plethora of amazing, rockin’, innovative and fresh new music, starring either fierce all-female bands and/or leading ladies. Enjoy:

Dungeonesse is the new collaboration and electro-bubbglegum-pop project of Jenn Wasner (Wye Oak) and John Ehrens (White Life). I recently stumbled upon them via last.fm, as they were listed as one of Mozart’s Sister‘s “related artists” – Thank you last.fm! However, in my research, I see they’ve already made an appearance on Pitchfork, of course. “Shucks,” is a highly addictive 90s-esque pop single from Dungeonesse‘s self-titled debut album due out May 14th via Secretly Canadian – Looking forward to hearing more sugary pop gems.

Savages is the epitome of fierce all-female bands. The rockin’ post-punk quad hailing from the depths of London recently came to San Francisco for the very first time, and it blatantly displayed and unleashed each member’s unbelievable talent. They’ve also just released a video for, “Shut Up,” the opening single for their soon-to-be-released album, Silence Yourself, due out May 6/7th via Matador. Watch the video and witness the magnificence in action for yourself:

TEEN is the all-female Brooklyn based lo-fi-indie band made up of Kristina (Teeny) Lieberson (Here We Go Magic), her sisters, Katherine and Lizzie, and their BFF, Jane Herships. They’ve been on lots o’ radars since their debut LP, In Limbo, dropped last year via Carpark Records. Recently, they teamed up with Ben Greenberg, of The Men to produce this psychedelic gem and cover of Rain Parade‘s, “Prisoners.”

Songstress, Jessie Ware has been on a whirlwind tour with the success of her debut LP, Devotion, and she recently graced San Francisco with her presence. It was an absolute treat to see that Ware is just as talented, stunning, charming and cheeky in person. Just yesterday, Ware created yet another sandstorm of swoon and blew up the blogosphere with her smooth rendition of Martika‘s 1991 single, “Love Thy Will Be Done,” co-written by none other than Prince. Enjoy:

Jessie Ware – Love Thy Will Be Done (Martika Cover)

Gita is the up-and-coming NY via Oakland rapper who raised many an eyebrow and piqued quite a few ears last year. She was featured in Fool’s Gold‘s Loosies compilation, made an appearance in Mishka’s Spring 2012 Lookbook, and dropped her highly addictive single and video, “Hood Rich” produced by DJ Two Tracks (which is also available for download below, heyooo). Granted, the single was unleashed to the internet late last year, but it’s featured on her soon-to-be-released (and free) EP, Escaping The Dream World, due out in May. In this interview with Vice, Gita even comments on women in the rapping world:

The anticipation and chaos for this year’s SXSW music fest in Austin, Texas (March 12th-17th) continues to grow at great lengths. The amount of parties, new bands added, RSVPs, lineups and showcases consistently flow in at alarming rates; and it certainly isn’t over yet. The increasing excitement is contagious and overwhelming, especially when you envision just how much amazing music (and people; 60K to be exact) will embark upon the Tejas capital, and all at once.

To contribute to the ever-growing hype, here is a compilation of (40+) absolute must-see acts/bands at this year’s SXSW. Granted, no one’s ever gonna see ’em all (one can only hope!), so these top 6 absolute must-sees are ones you should seriously kick yourself if missed:

p.s. coco stereo will be representin’ in full force at SXSW, March 7th-16th – Let’s get our dance on together! 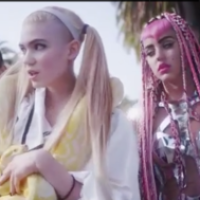