A year ago, the day before Valentine’s Day, I went to an Unknown Mortal Orchestra show and fell in love. Not with the band though, I already loved them long before. I fell in love with the guy who happened to be standing next to me. As strangers standing in the crowded, smoke-soaked venue, we found ourselves both happily singing and dancing to our favorite Unknown Mortal Orchestra song, “So Good at Being in Trouble.” Little did I know, this song would become the preface for our entire relationship… or should I say, him.

“Hey, what’s your name?” he turned to ask me. I smiled, debated his age and narrowly eyed his thick mustache and Hawaiian shirt. I laughed, entirely intrigued. “Did you catch Wampire before this?” I replied. “I was running late and missed them.” “No,” he said, as he bobbed up and down to the music, vigorously shaking his shaggy hair. “I was outside chugging Tecate.”

From that moment on, we shared an endless number of laughs, adventures, learning experiences, “I love yous,” and unfortunately more frustration, heartache and tears than should’ve ever appeared, especially in less than one year. Our relationship ebbs and flows went from timid reluctance, to comforting companionship, overwhelming highs and hope that falling in love can invoke, to disappointment, hollowing sadness and the heart-wrenching discovery of some incredibly damaging lies. Who could use a Tecate now (or five)?

A year ago, I made a Valentine’s Day Mixtape full of (you guessed it) Unknown Mortal Orchestra, Rhye, How to Dress Well, Sean Nicholas Savage, Blue Hawaii and more. Much has happened in life and music since then, so to keep the tradition alive, I bring to you yet another sinfully sweet Valentine’s Day mixtape. Let’s just say, Unknown Mortal Orchestra didn’t make the cut, and probably won’t for a very long time. However, yesterday, the day before Valentine’s Day, I went to another show (Sónar Music Festival to be exact) and once again, stood next to someone I love — This time, a very dear friend, fellow nomad, and former housemate from Ireland who met me in Iceland to help soothe my wounds with majestic scenery, the Northern Lights, a blue lagoon, expensive booze and of course, new tunes. So here’s to another year of love, or your attempt to heal from it: 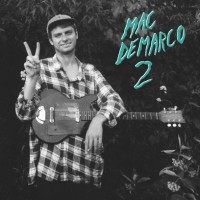